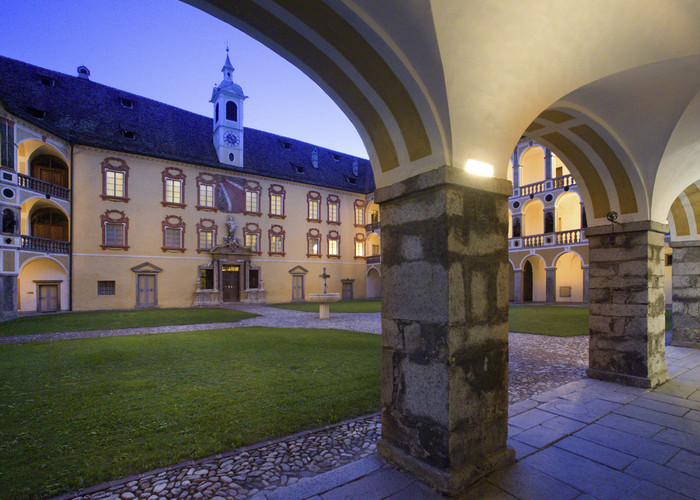 Sounding out the Codex Buranus: Thirteenth-Century Songs from Brixen

Codex Buranus is one of the most famous manuscripts of the Middle Ages - not only because of Carl Orff's familiar new setting of some of its texts. Despite a 200-year history of research and reception, the collection remains a mystery: its complexity - text and music; spiritual and secular themes; Latin and popular language - did not make the  manuscript so popular for modern scientific disciplines and has remained the subject of individual studies. While the date of origin of the collection goes back to 1230 its place of origin is still controversial. However, latest research tends to originate in Südtirol, possibly around the Neustift Monastery or Brixen.

The concert on 27 July is part of an international, interdisciplinary conference on Codex Buranus. In this context, a team of renowned scientists will intensively discuss the many questions raised by the collection in order to develop new research projects on the fascinating Codex Buranus. An essential part is the concert which gives the audience a unique insight into the exciting world of Bressanone music of the thirteenth century.

Grace Newcombe (voice and musical direction), Félix Verry (fidel) and Maria Winter (flute) studied at the Schola Cantorum Basiliensis and there they founded the Ensemble Rumorum (www.rumorum.com), with which they have already participated in various competitions and festivals.

The concert is sponsored by the University of Berne, the Free University of Bozen-Bolzano, the Swiss Academy of Humanities and Social Sciences and the City of Bressanone.

Admission to this concert is free.