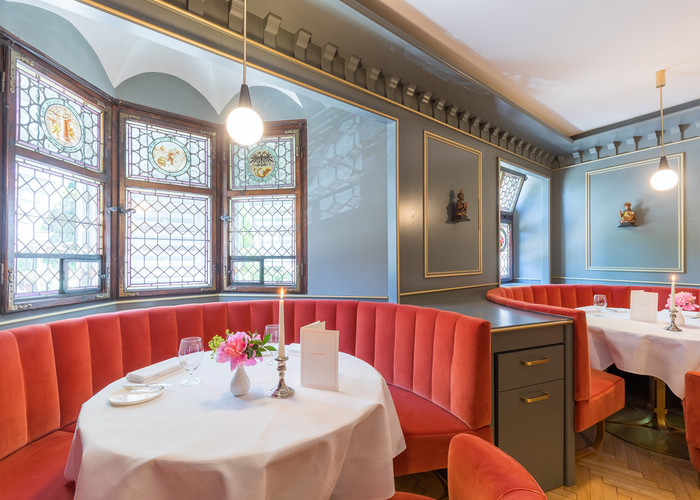 Gault&Millau 2019: High awards for Hotel Elephant and its two restaurants

The Gault&Millau editors Martina and Karl Hohenlohe had invited to Vienna to celebrate the fortieth edition of the renowned gourmet guide. In the same way Hotel Elephant's owner family Heiss-Falk and all employees with its new Apostelstube and the well-known restaurant Elephant, were able to celebrate several high awards, too.

The 2019 edition of Gault&Millau named Hotel Elephant "Hotel of the Year 2019", highlighting the quality and consistency of the hotel, which can look back on almost five hundred years of hotel history. Not to be overlooked in this context is the prominent role played by the Heiss family itself, now in its seventh and eighth generations and still personally vouching for the highest level of hospitality. The history of past days is omnipresent in the hotel itself, but time has not stood still: all rooms are "unique, nothing banal, but individual refuges", according to the gourmet guide Gault&Millau in its justification for the award. 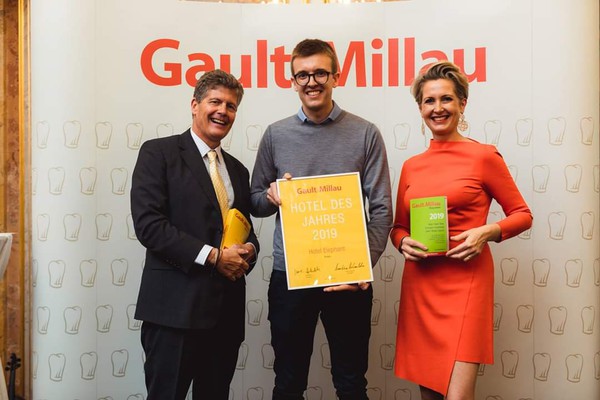 The culinary offer in the hotel has developed just as positively - an important reason for many guests to stay at Hotel Elephant anyway. The Apostelstube, newly opened last year with its distinctive Art Deco furnishings, has established itself with gourmets and connoisseurs far beyond the borders of South Tyrol. The Austrian gourmet awarded 16 out of 20 points and thus two toques for kitchen and service, in particular for chef Mathias Bachmann as well as Michael Falk and Eleonora Corazza. "There has been some movement at the Elephant," according to the editors, because "Bachmann is catapulting himself into the South Tyrolean "Kocholymp" with his work.

Finally, the Restaurant Elephant, which also received the Gault&Millau Service Award in 2011, is receiving a gratifying confirmation of its performance in 2019 and will be rewarded with 15 out of 20 points (and thus also with two toques).